The fast trip to the north continues

Packed up and was on the road leaving Bourke by 9am.  We had to the obligatory stop for a Joey snap.
Joey is a lovely little creature that we picked up from one of the teachers at the boys school.  Joey, a little kangaroo's aim is see as many towns around Autralia and the world.  With the list of towns and cities visited already being quite impressive we thought that on this trip we would be able to add a few more out of the way places. Bourke was the second town on the list for us with a wet Nyngan being a damp number 1.  I am sure that we will add a few more on the way.
An easy drive to Charleville meant we go there by 3:30 or so.  Had a few flooded water ways to cross on the way but nothing too serious enough to cause any issues.
With the cloud clearing slowly we waited to hear if the 7:30 cosmos show would still be on. It was like it meant to be. The clouds cleared exactly for the 1 or so we were there. We had the same fantastic. Telescope operators as last time. Her enthusiasm was contagious. The boys were also amazed by the retracting observatory roof to the tune of Star Wars, which was new from last time.
The next day we rose slowly and had a much needed relax day. Journal writing and a bit of Ross school was the order the day before we headed off to the Bilby experience at the train station.  Cute little nuggets and with an awesome story of their conservation by the Bilby brothers both boys were keen to recognise Bilby day in September at their school.  Discussions ensue about what we can do.  Beaut sunset though. 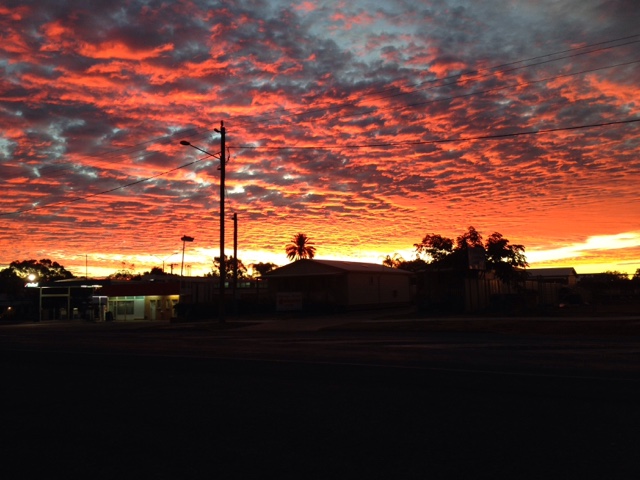 The next day we were making tracks again, heading for somewhere between Longreach and Winton (pronounced Winun to keep the flies out). But we only got as far as Ilfracombe after spending an hour recovering a camper van from a very muddy off road campsite. Silly bugger had got himself rightly bogged. Had to snatch him out in the end after finding out the winch isn't working! Doh. Will need to get that sorted before we head bush!
So we lost an hour or so getting him sorted, snatching a car across a highway with road trains was exciting to say the least. We were lucky that we didn't need to use the tea towel holding, dancing Katie to hold up traffic before getting the camper free. They were very thankful for the help.  We hooked up and cruised into town to Se if we could squeeze into one of our favourite parks from the Cape York trip.  Good karma meant there was a slot available and we jumped at it.
Now being at Ilfracombe was always a good experience with Jesse and Cath putting on a good happy our with banter to suit. The down side was that it was state of origin night. Game 2 with series on the line and the happy hour shed was decked out in cane toad red and even had a little corner for some mild mannered blues fans.  It was an early night for stu. The result wasn't with staying up for and we had a bigger driving day to get to a station just east of Mount Isa some 600 kms away. 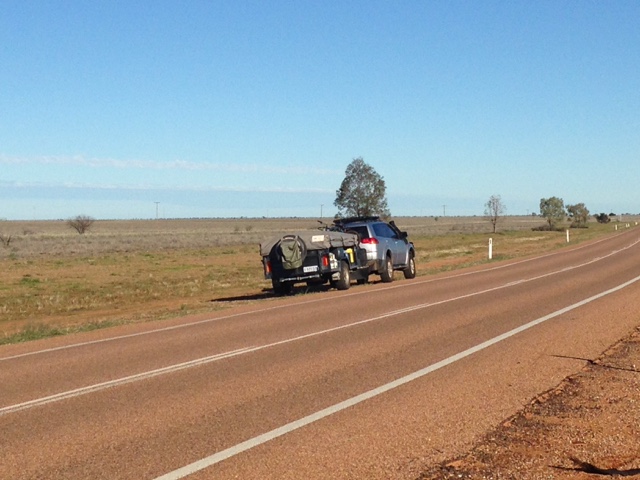 Just outside of Ilfracombe, with fine skies and little wind we made our way north with some short Joey stops in Winun and on the long treeless road to Cloncurry. 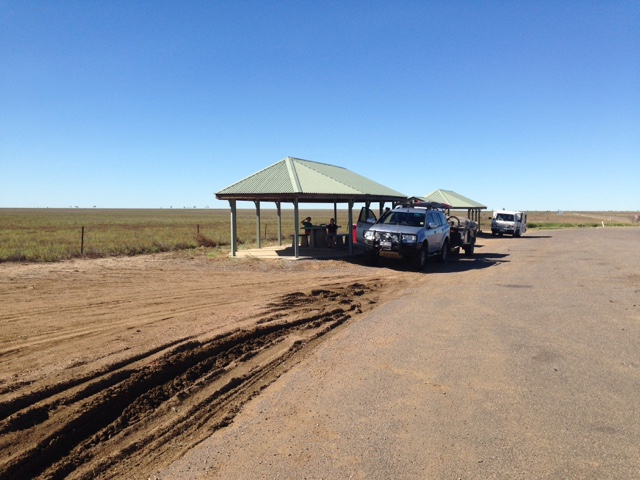 And we off and running

Well first day down and it was certainly a big one in terms of kilometres. A total of 630 odd to get from Canberra to Bourke.  Getting into Bourke around 6:15pm in the evening. Learnt our lesson from Cape York where we took to long to get to the warmer areas!

A fairly uneventful drive with very little traffic being a Sunday.  In fact over the last 300 kms we would have been able to count the cars seen on one hand outside of towns etc.

Well the weather is certainly encouraging us north. It pretty much rained from Molong onwards and it was getting pretty intense around Dubbo, Charlie was going to need to use his snorkel if there was to much more standing water on the road. He left quite a roosters tail of spray behind him. The caravan park was damp as expected, they had 50mm during the day, but we only here for a night before heading off to Charleville. Will be there for a couple nights so will be able to settle down a bit more.

Now settling down with a few squares of top deck before teeth and bed.