Hitting the dirt for the first time

The buildup for a big day of dirt had a somewhat slower start with car keys going missing and trouble with trailer brakes again. But we were on the road by 10:30am only to be greeted with a further 75kms or so of bitumen which we weren’t sneezing at but we were also keen to see when the dirt kicked in.

A somewhat solemn final fuel up at the aboriginal community Yuendumu certainly opened everyone’s eyes around how some people have to unfortunately live.

By this stage the red dust had certainly kicked in and it was day of mixed roads, some part quite rough others just amazing smooth.

They say you need to camp off the track where your fire can’t be seen from the highway. Still not sure why but heeding that advice we were on the scout for somewhere, however when the closet tree tall enough to hide a camper is in the horizon it’s a bit tricky. We aimed for a camp out behind the now closed Rabbit Flat roadhouse but that was not to be. Big bollards made sure of that. So a further 34 kms up the road (thanks WikiCamps) we found the perfect spot.

Tents were pitched, red dust is everywhere and in some places it shouldn’t be (still working on keeping the step sealed).

Kids collected firewood whilst camp was being set. Not being able to get many thick branches meant it was a quick and big fire.  No other bush was burnt inadvertently although there was some concern.

So far no major breakages, fuel usage is going well and hopefully we will make Wolfe Creek tonight, some 300 kms away. 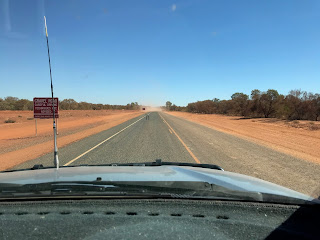 This is the view we had for most of the day, the dust cloud in front was Jamie. 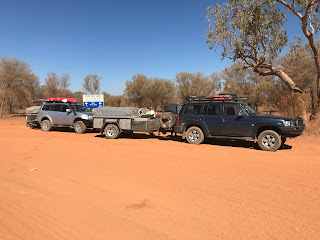 Lunch time stop on the Tanami, we learnt to stop on the up wind side of the road to reduce the dust sandwiches 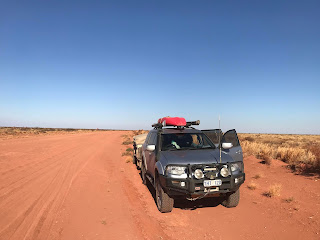 Charlie's glamour shot on the Tanami during a wee stop. 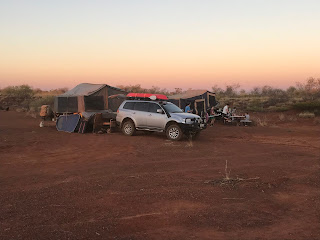 Our camp on the Tanami about 300kms from the Wolfe Creek Crater.  Beautiful sunset colours as always. 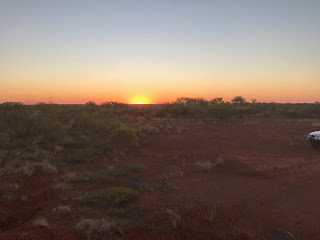 Just another glorious sunset, we are really spoilt. 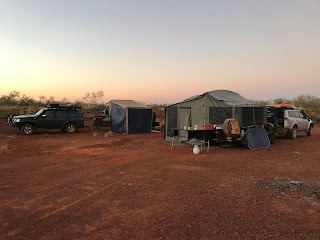 Morning sunrise on the Tanami 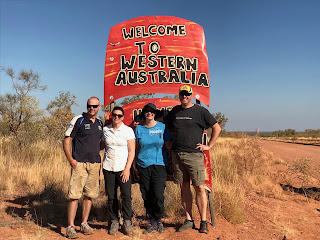 The "adults" making it across the border to Western Australia. 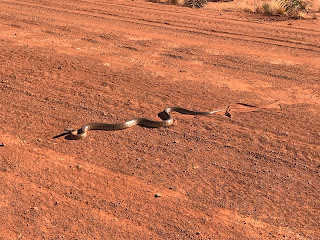 A black headed python chilling in the middle of the road.  Estimated about 2 metres long ... so big.