So we set off for the Manning Gorge walk around 7:45am.

It started with a little more excitement than usual with a boat needed to cross the river. 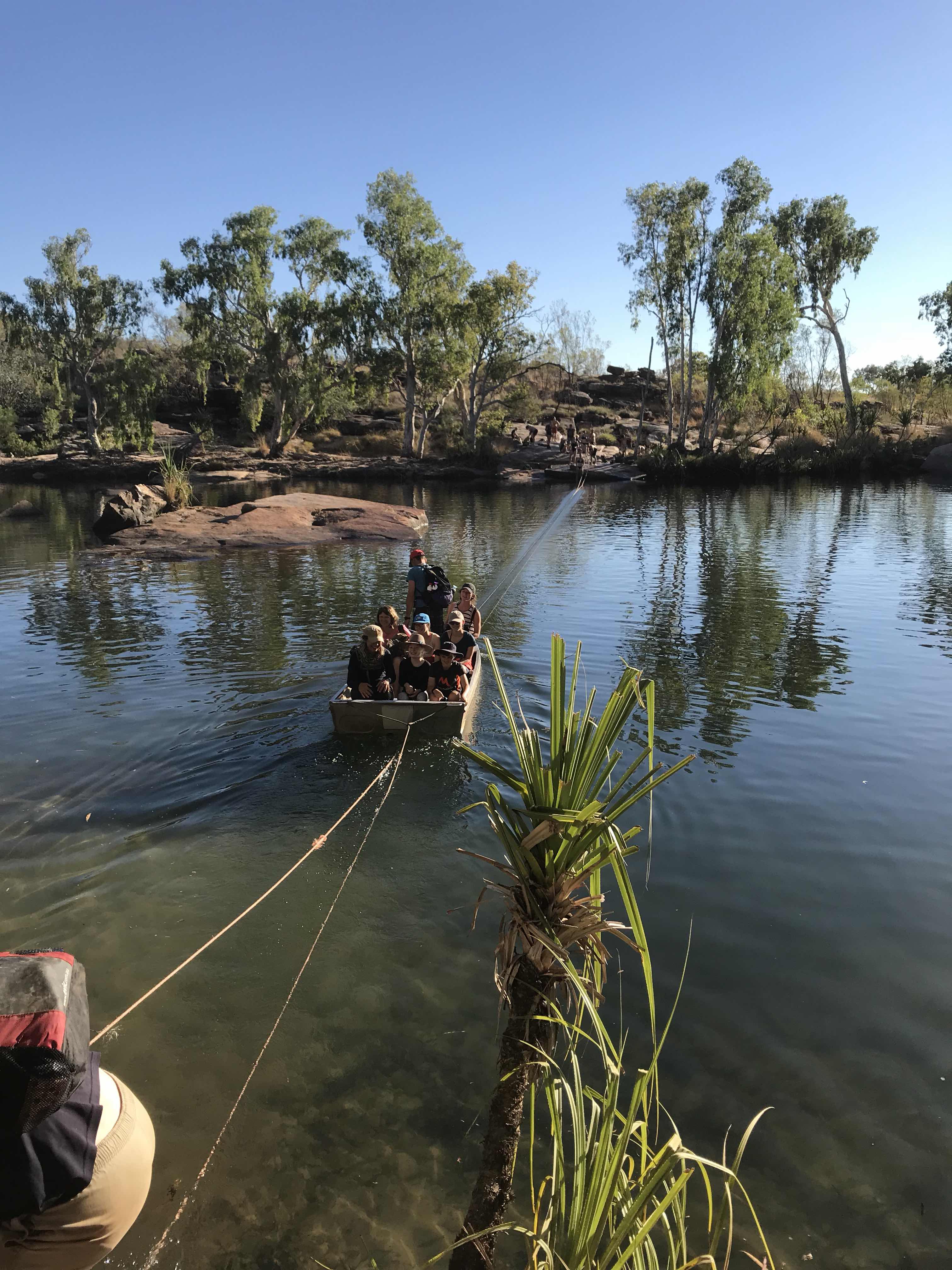 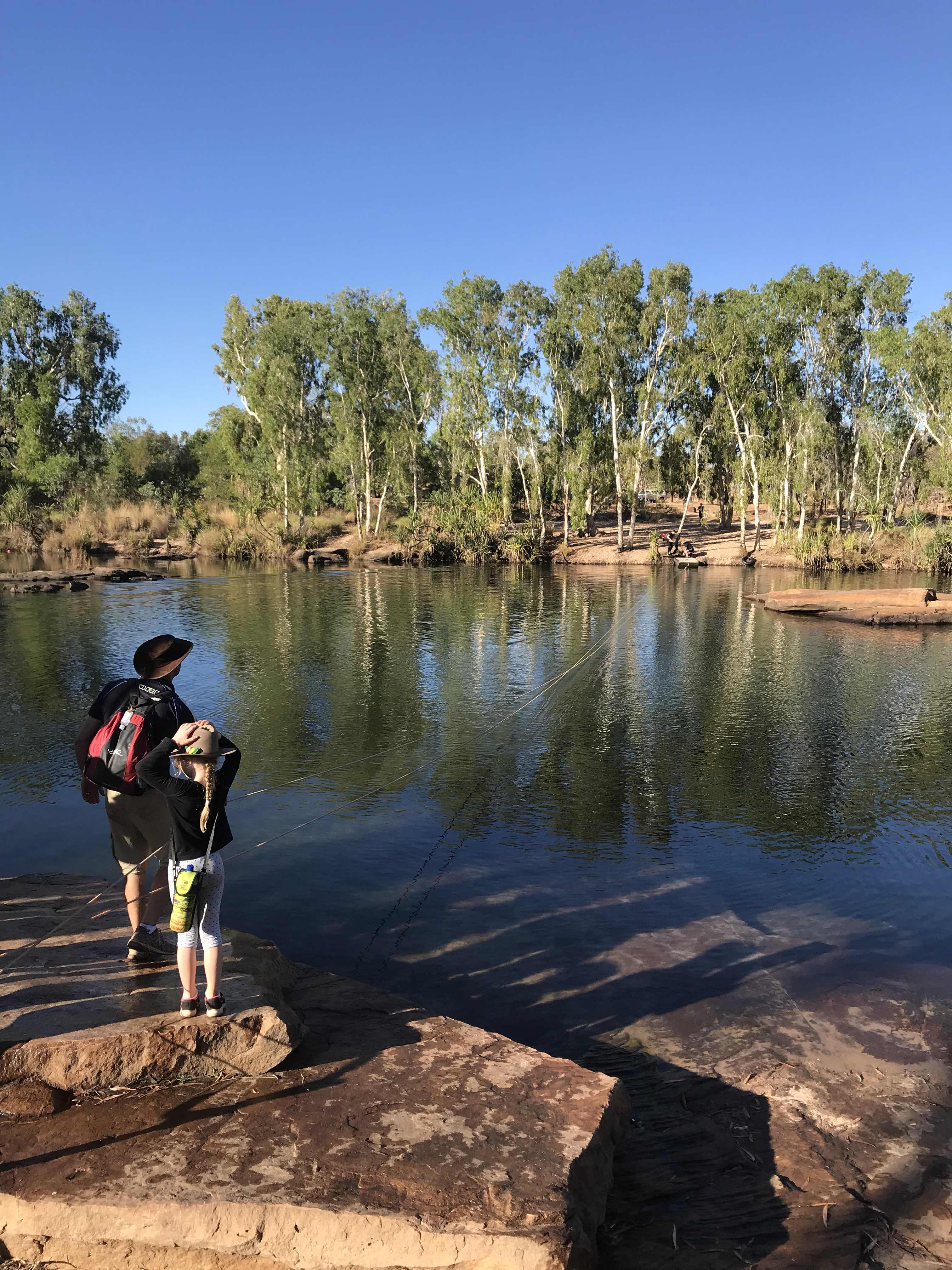 The benefit of this is that there is a swim at both ends of the walk.

The walk was pretty simple with the sun pretty warm even so early in the morning.

We arrived about an hour later at the falls with a glorious view greeting us of waterfalls and a big swimming pool. 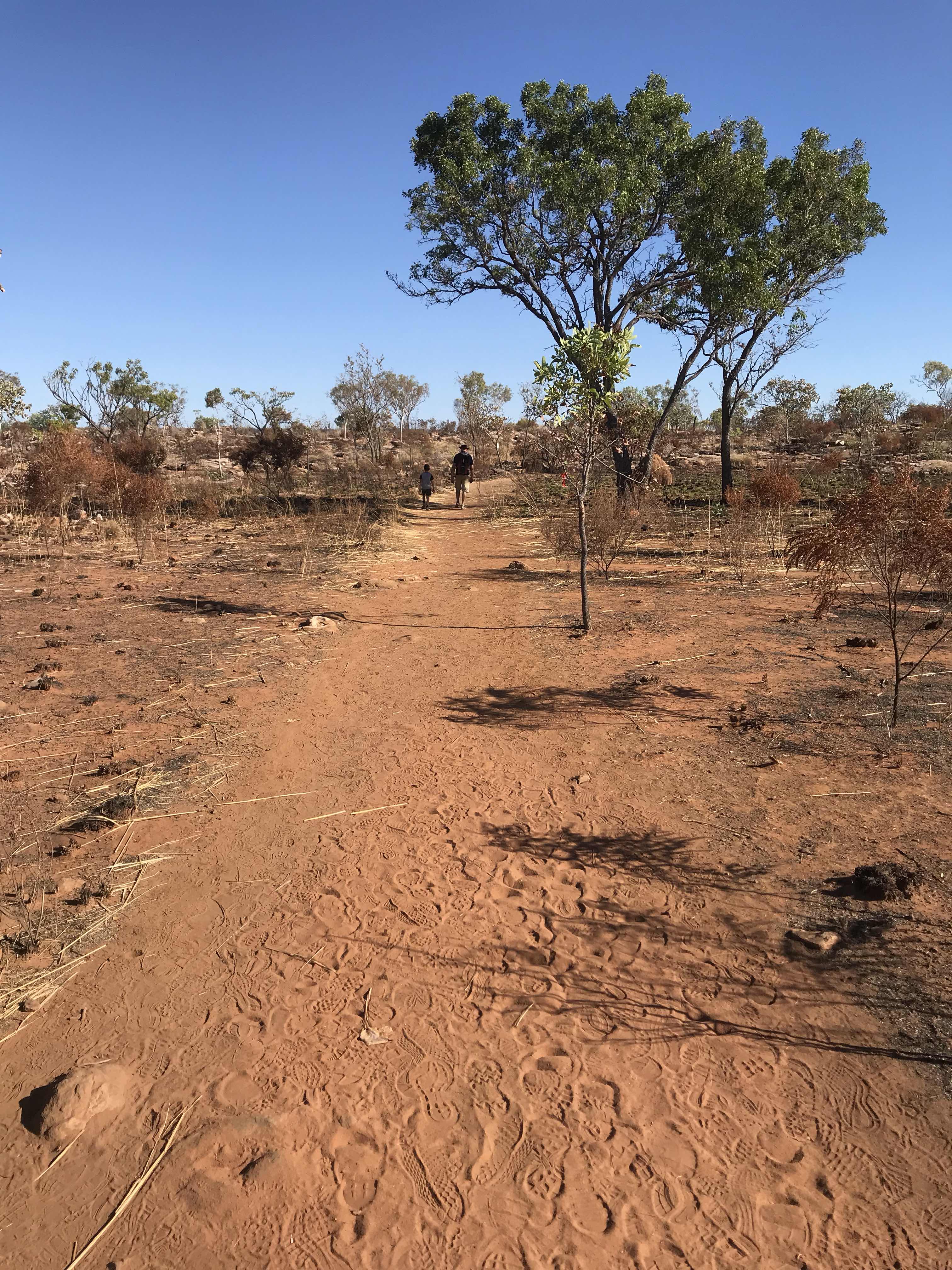 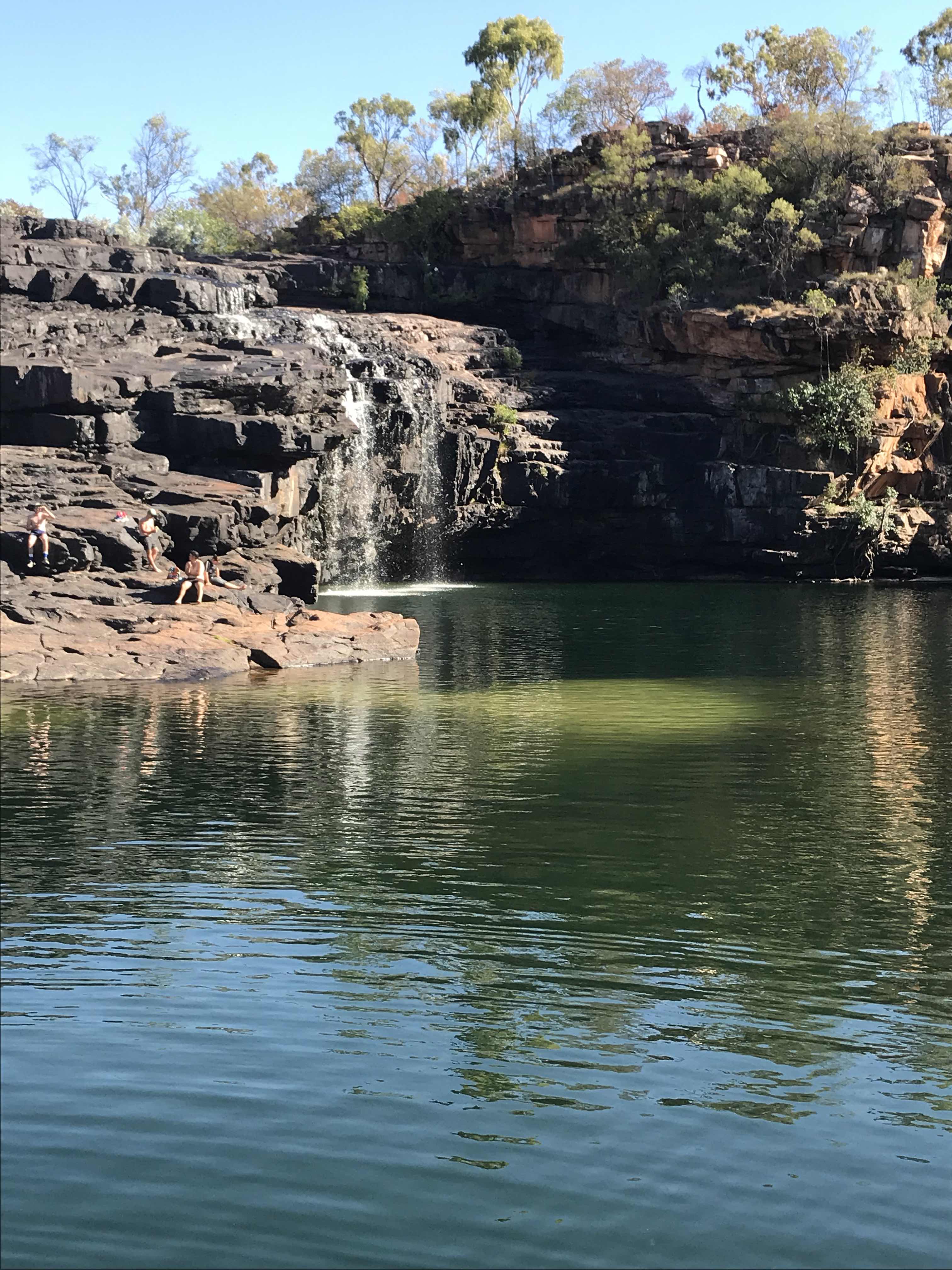 We spent a few hours there before returning to camp with the obligatory swim to cool off. Only Andi and I swam back but it wasn’t long before the kids migrated back to water after getting back.

We had a lazy afternoon with kids playing with the boat back and forth across the river. We caught up with other travellers whilst they relaxed in the cool water. Found out details of the road upcoming as well as some intel about places further down the road.

The next day we had a lazy day where we promised not to go anywhere or do any walks etc. It was a day where once journals, maths and other schooling was over they were free to swim, run around and enjoy themselves as they see fit. Well when a swim is on the line it’s amazing what the kids can push though. By 9am they had ticked most things and were hot to trot for the river. 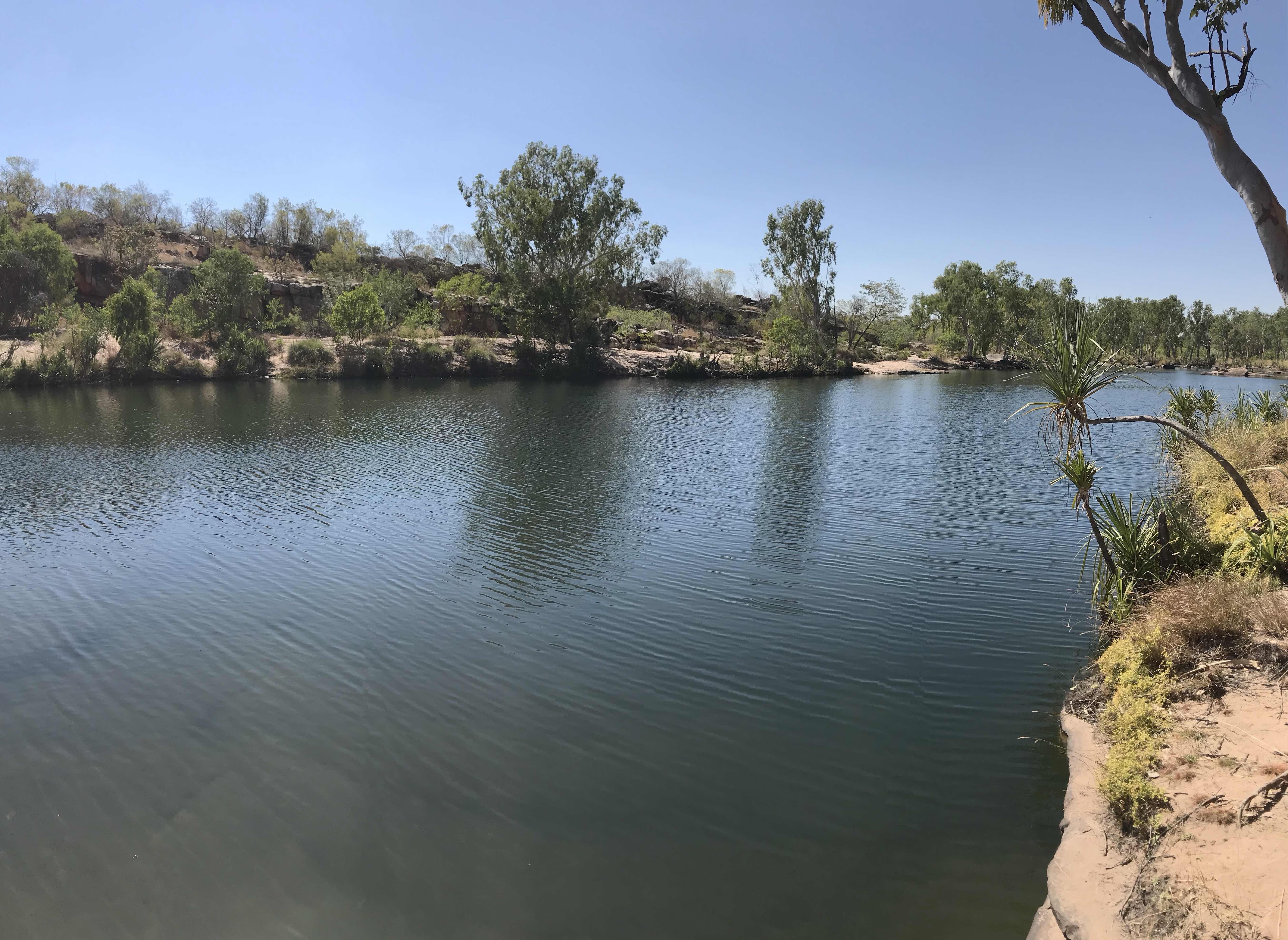 Unsurprisingly the fresh water croc that was spotted early in the morning had moved off pretty quickly when the kids arrived. We spotted him just on the left of this picture. On spotting us he quickly moved further away, clearly not keen on people.

It was a lovely day just relaxing, moving the chairs round the shady bits of the campers.
Posted by Ross Adventures at 20:27