Well after such a relaxing day just chilling at Manning Gorge it should be easy to pack and move on. Well three days in a place and you tend to settle in, so apart from a sleep in for all of us (very unusual) there seemed to be a lot to collect and pack up. Nevertheless we moved off to our next destination around 8:30 after a quick top up of jerry cans at the roadhouse at $2.05 a litre!

We were heading for Silent Gorge the National park camping spot closest to Bell Gorge. On the way though we popped into to see Galvins Gorge. A pretty little spot that surprisingly had somewhat to ourselves with only a few others around. 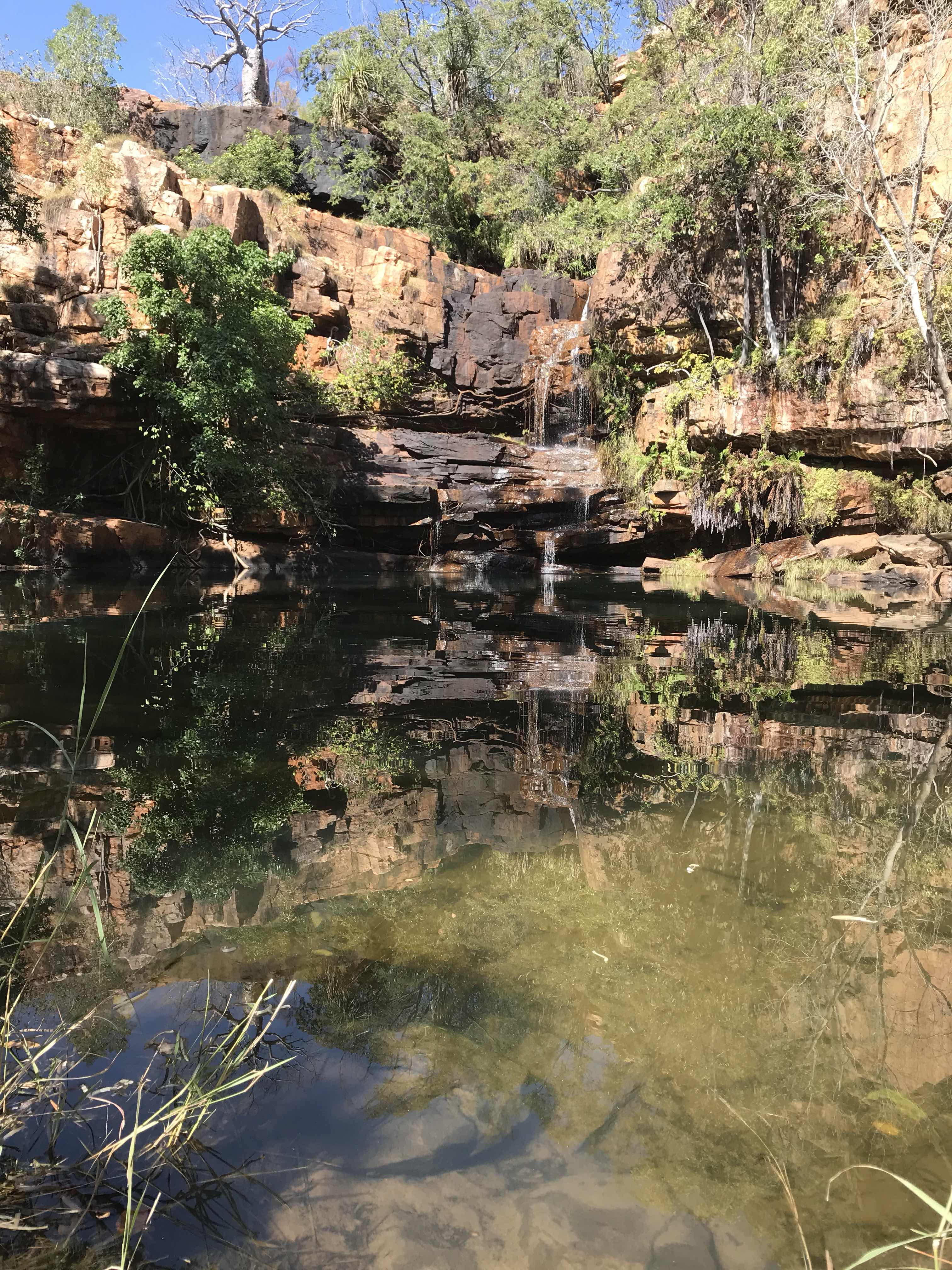 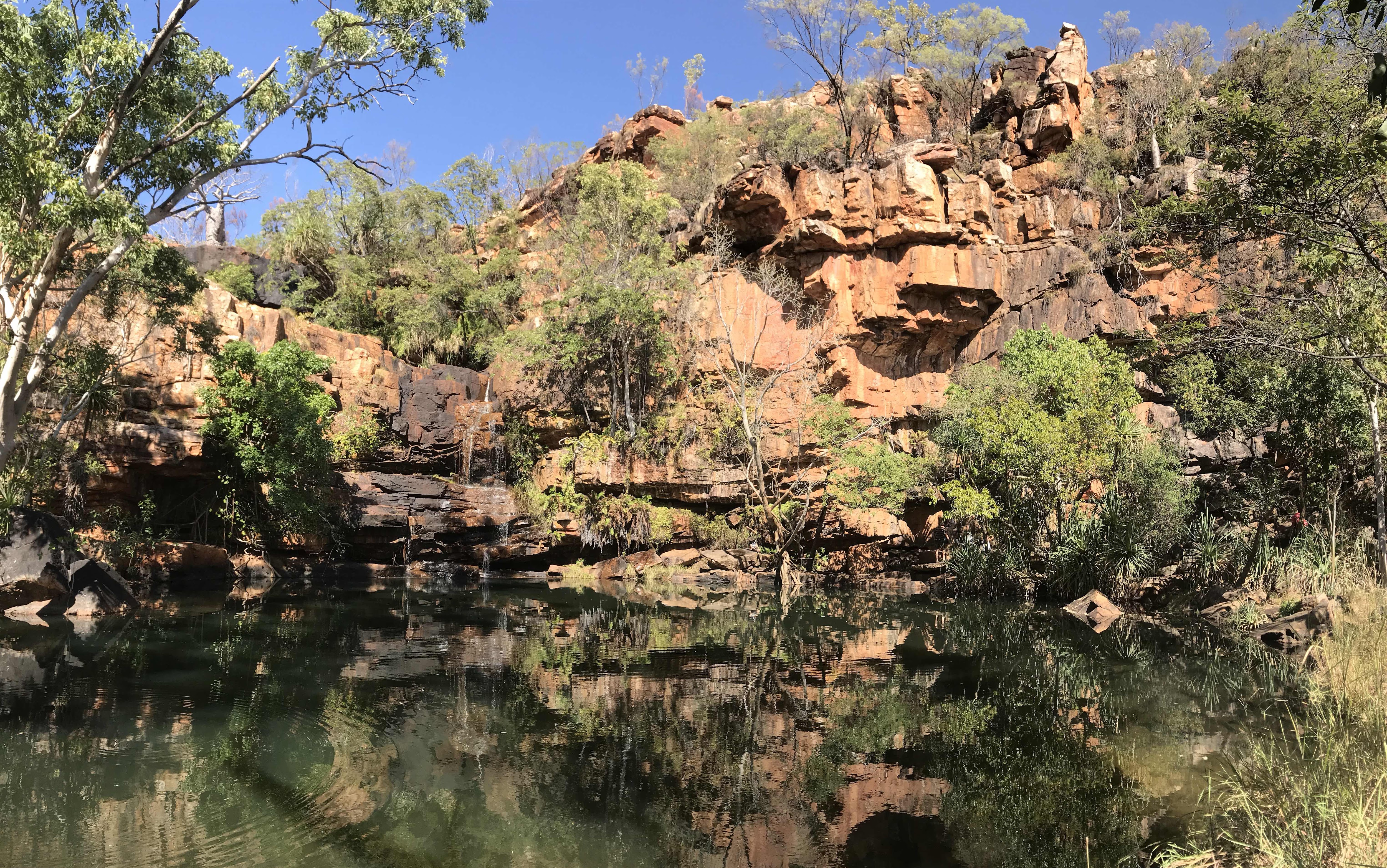 Also had our first rock art site for the trip 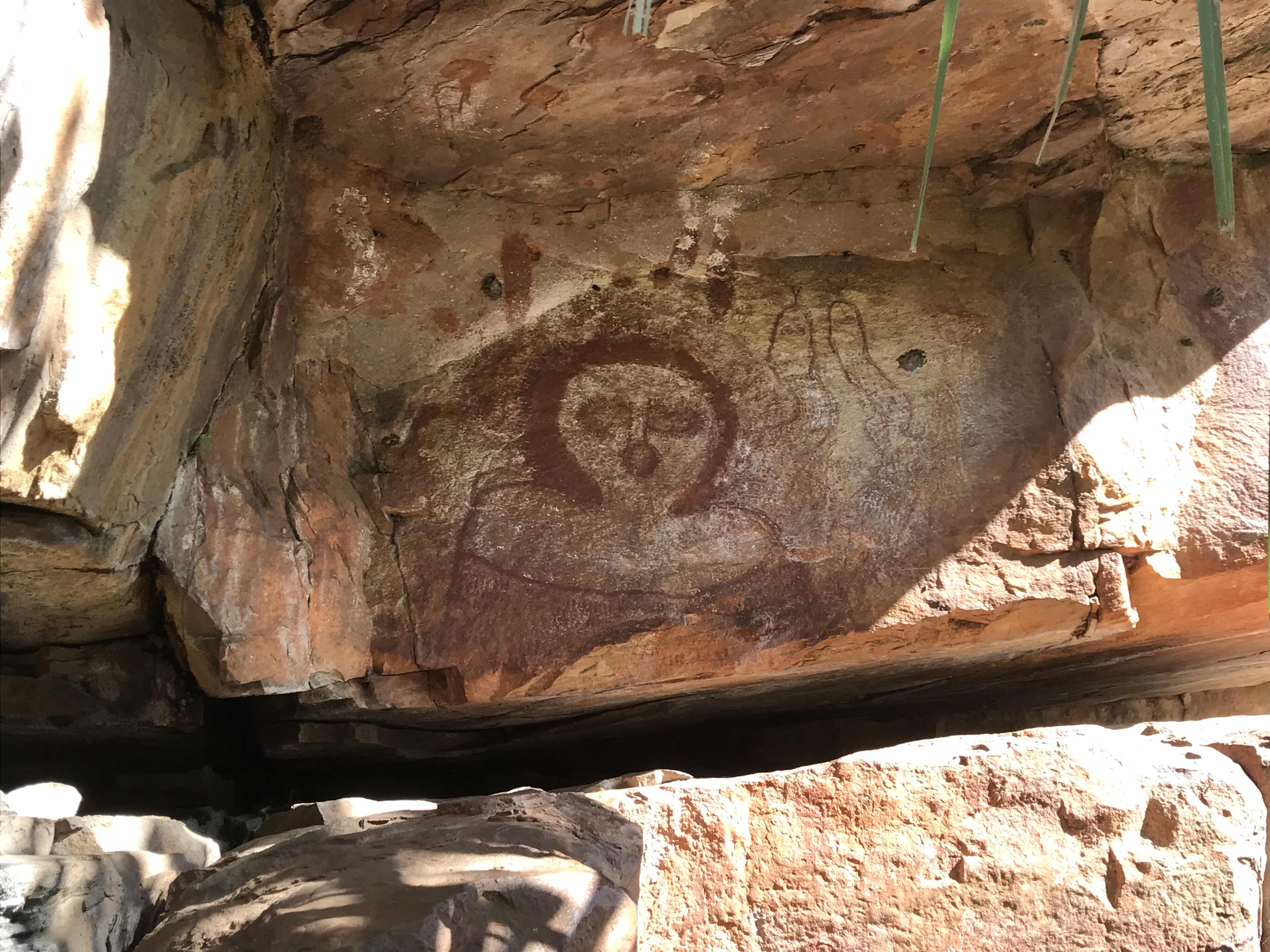 As no one was too keen to swim just yet as the pool was pretty but for some reason didn’t oose “jump in” we headed back to the car park. By this stage the car park was full so we wouldn’t have had the gorge to ourselves for long. Not sure where they all came from but it was a theme we would reencounter through out the day.

Between Galvins Gorge and advice we struck some issue with stones in brake shoes. Made a hell of a squeal so a road side stop was needed. After some banging around it seemed to clear itself and we were back on the road.

Advice Gorge was next on the list, not one with a lot of info availabile and the road in seemed to indicate why. Passed a few other travellers that had opted to walk it in as the track was getting a bit gnarly for them. But we pushed on. Charlie and Ernie did great!  Rocking up at the empty car park we made the 100m walk to the dry falls to find it to ourselves. 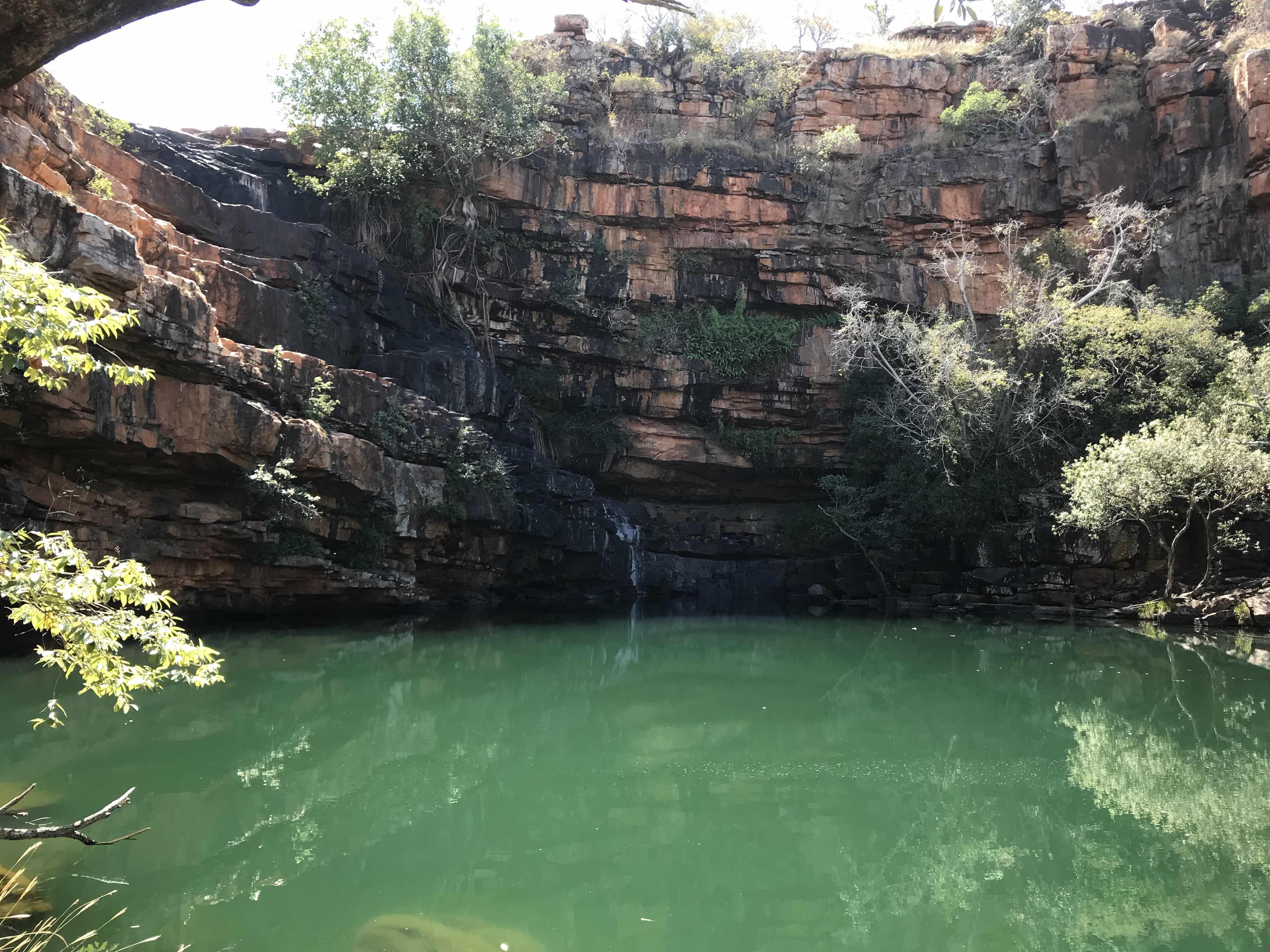 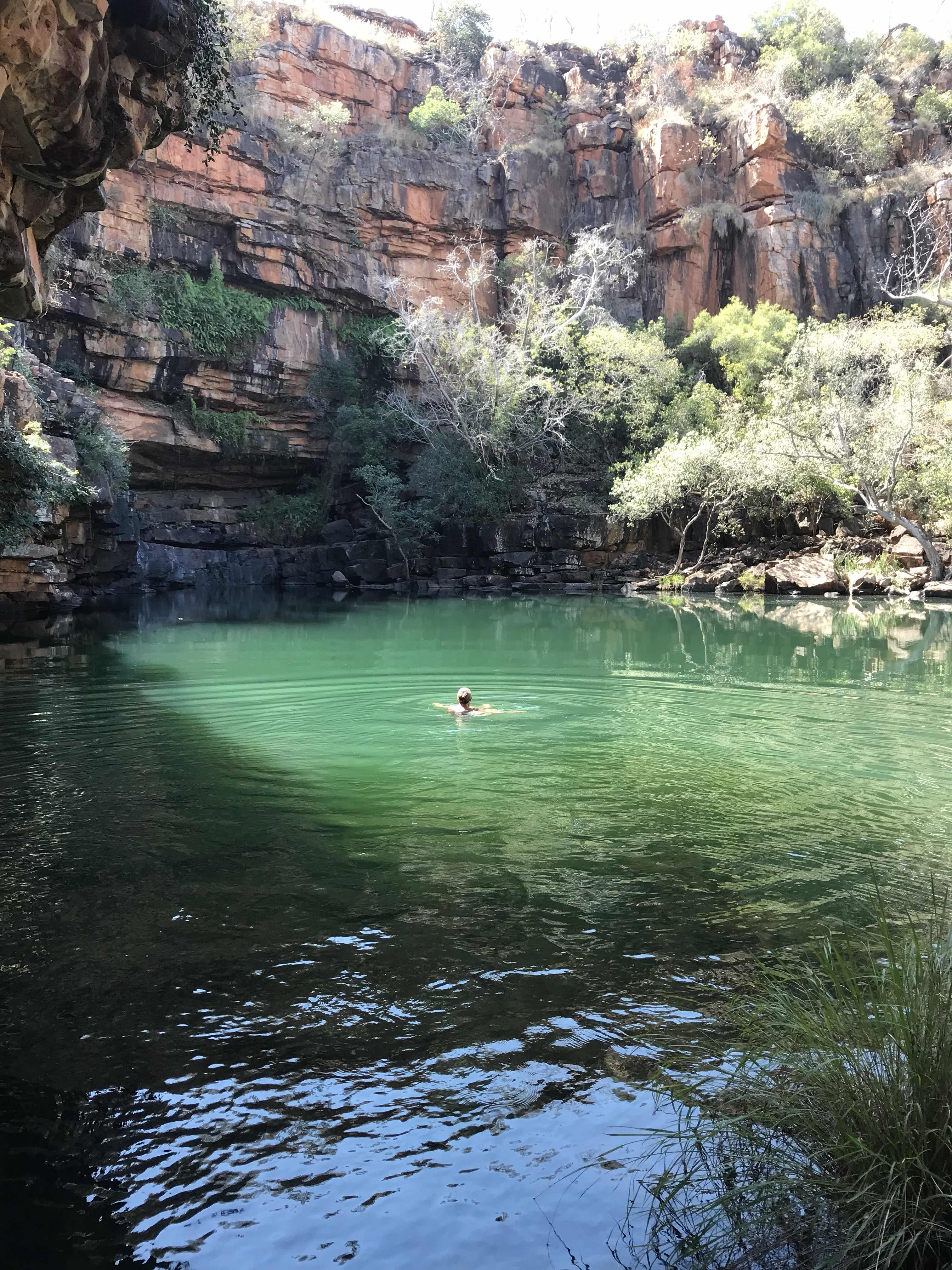 Once again couldn’t convince a swim out of the kids so had to wait till we be of the walkers took the plunge.

Had some nice rick art as well. 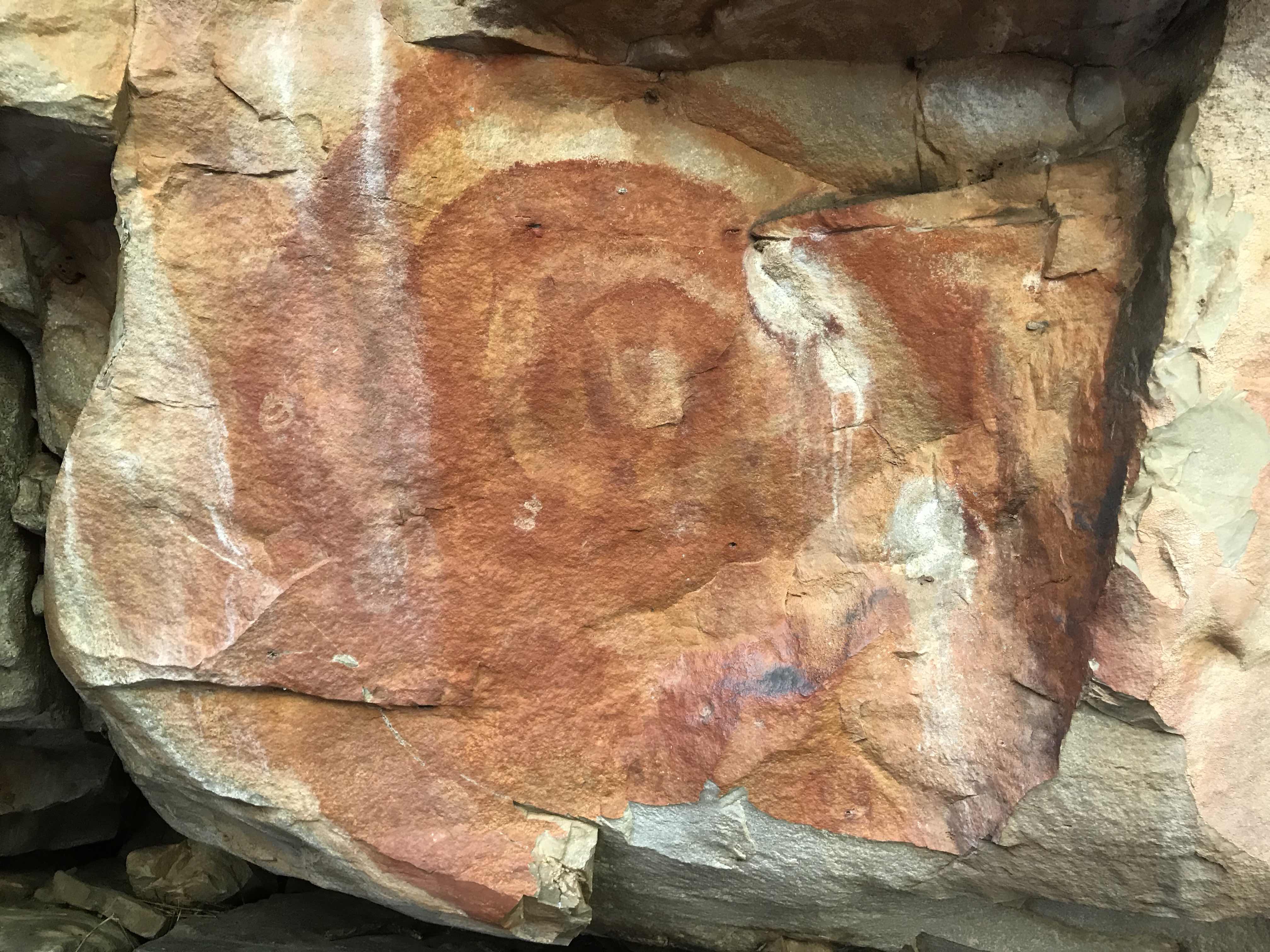 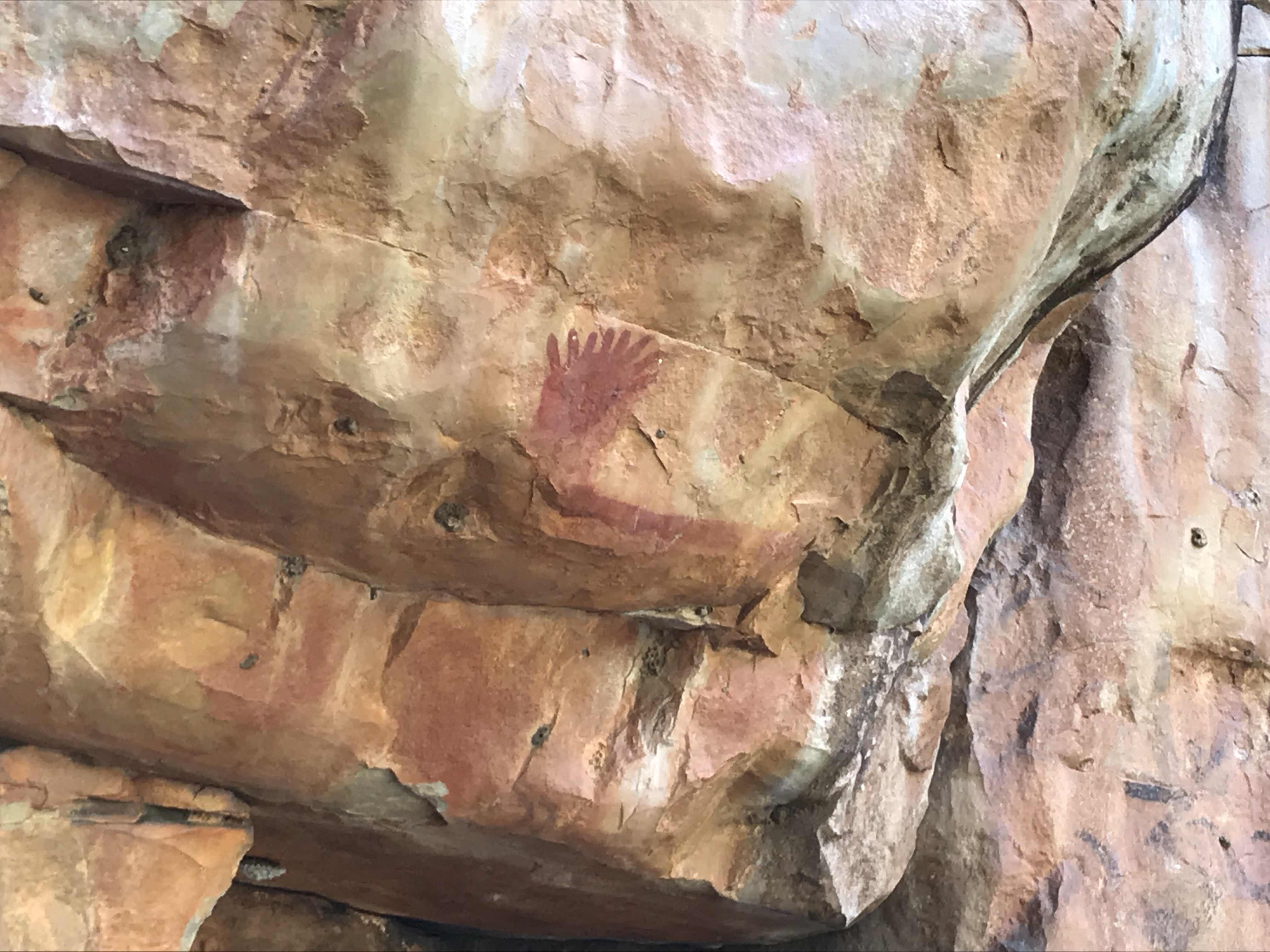 Onwards we went returning to a now full car park again. Made for some tricky exits as we were the only trailers in there.

Back in the road we cruised down to Silent Grove and setup camp around 1:30. Had a somewhat shady spot so we could hide from the heat of the day. 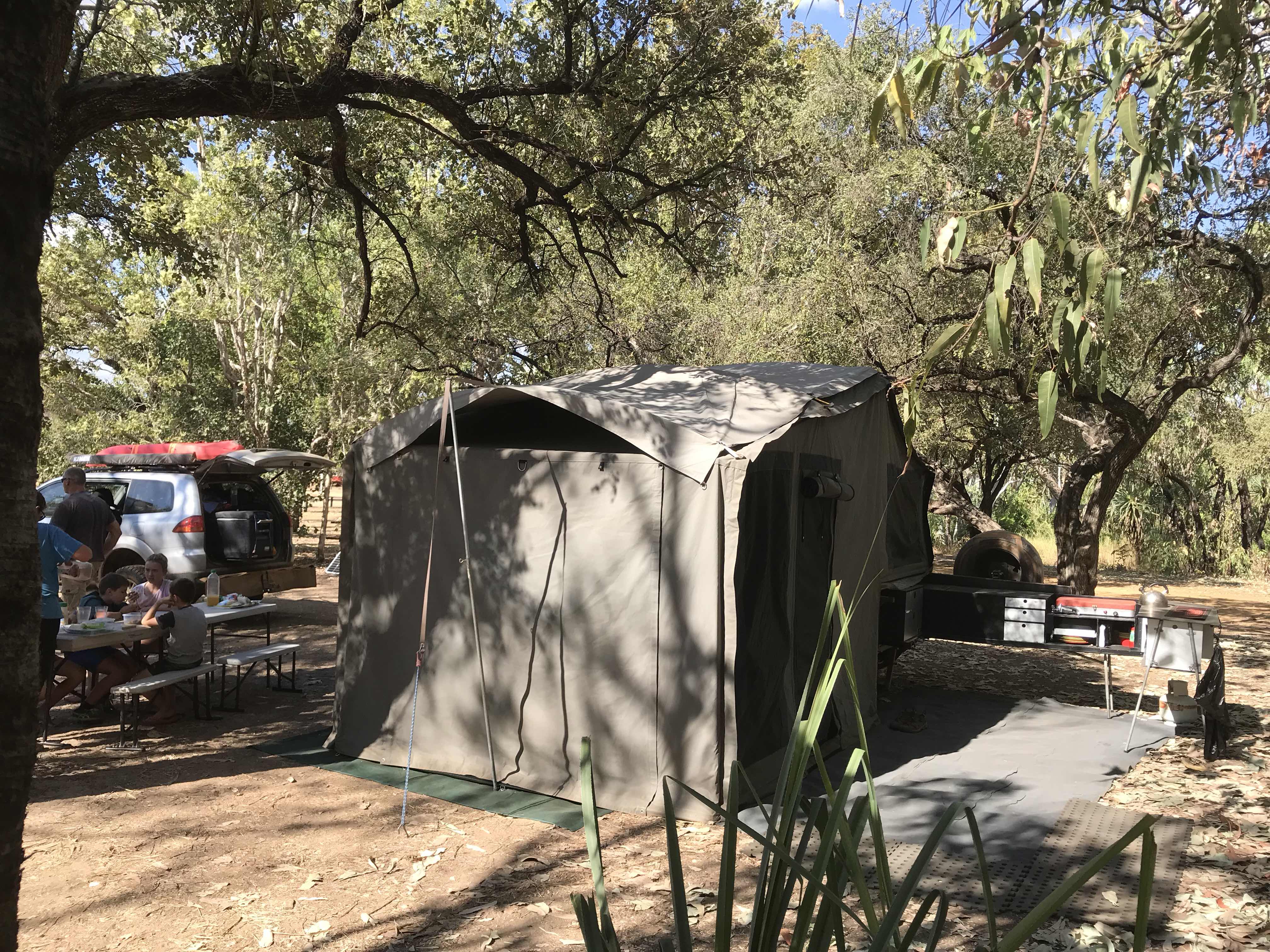 Had an interesting time trying to find the cash camping fee needed but we scraped $64 together and placed it in the self registration box. Something that we will need to remember for next time.

We couldn’t convince a third walk out of the kids so we chilled the afternoon and would tackle Bell Gorge in the morning.

Bright and early the next morning we woke to sunrise through the tent windows. It had been open most of the night as it was a little warmer than normal. Had some muchkins arrive in our bed before the allotted time of 6am. 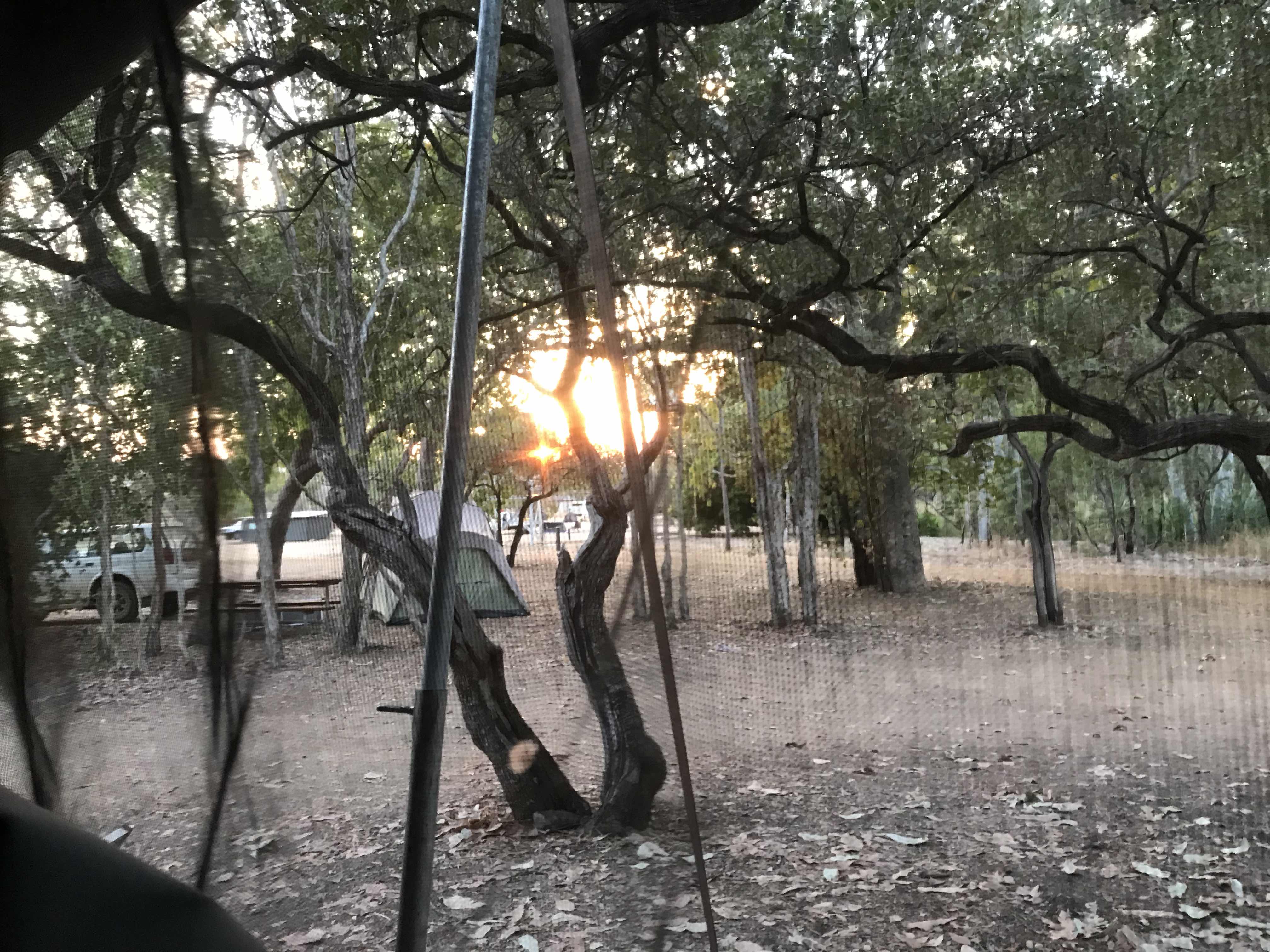 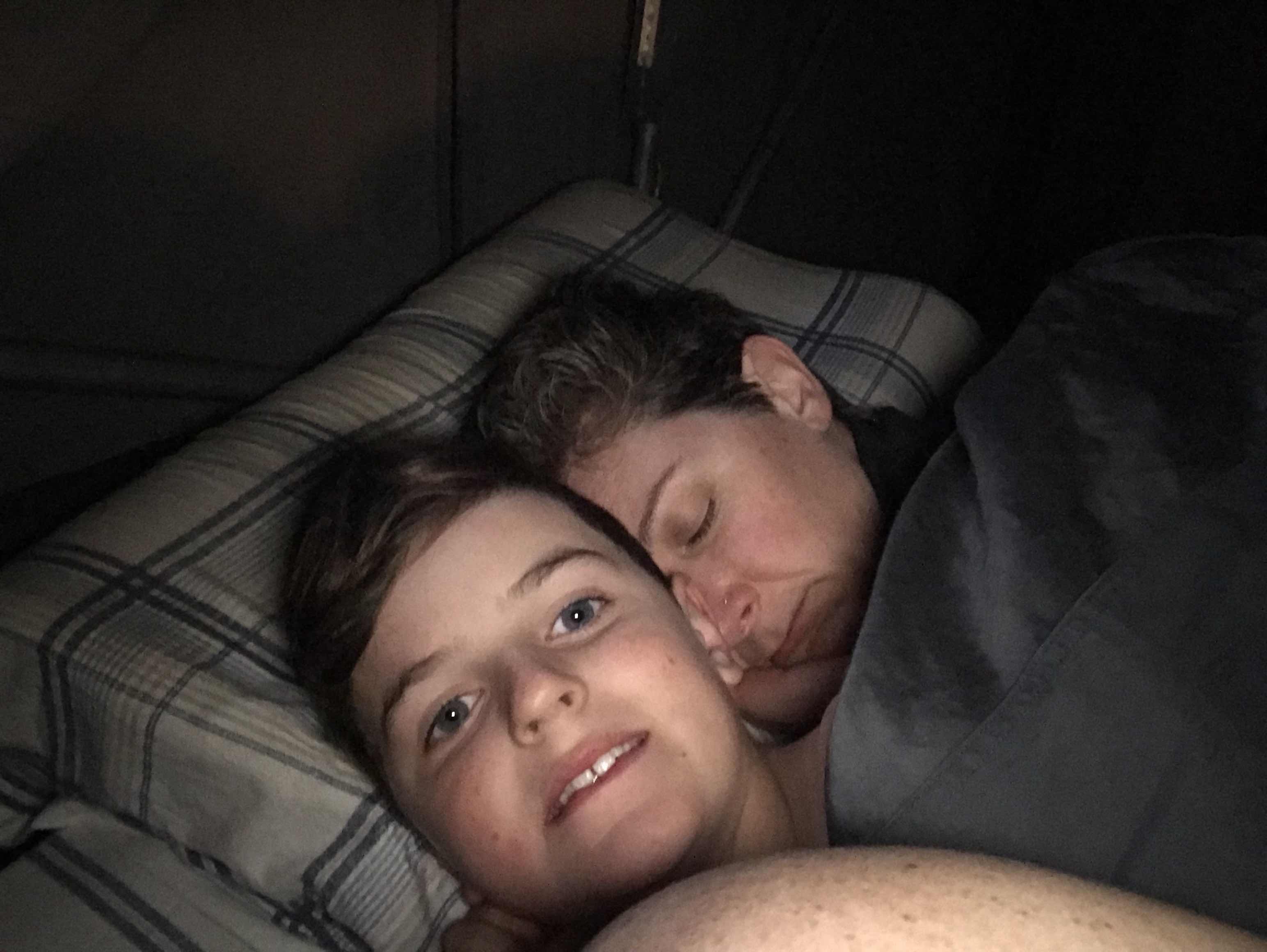 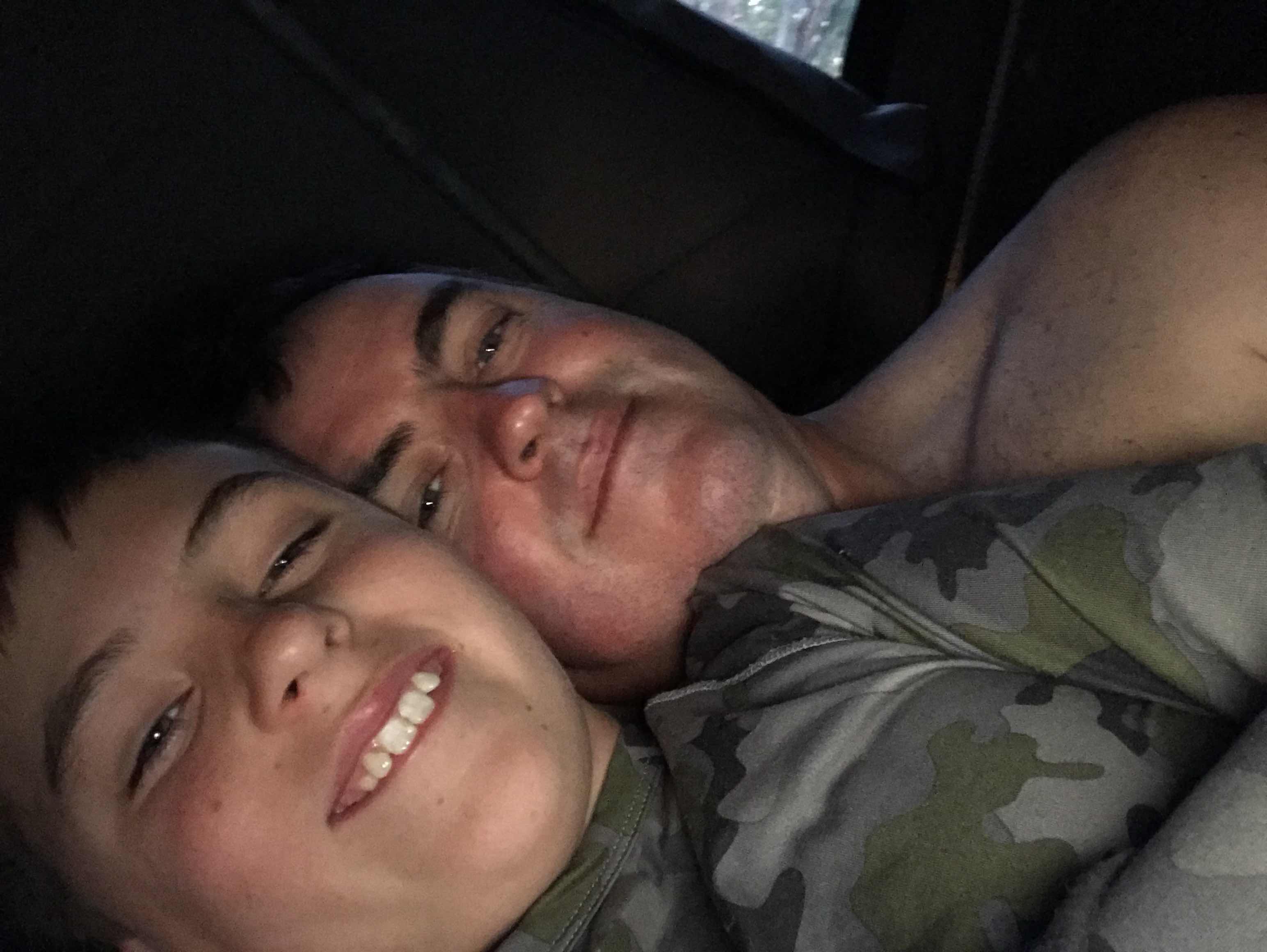 We set off for the gorge after breakup with a packed lunch, a 10km drive then a 2km walk. 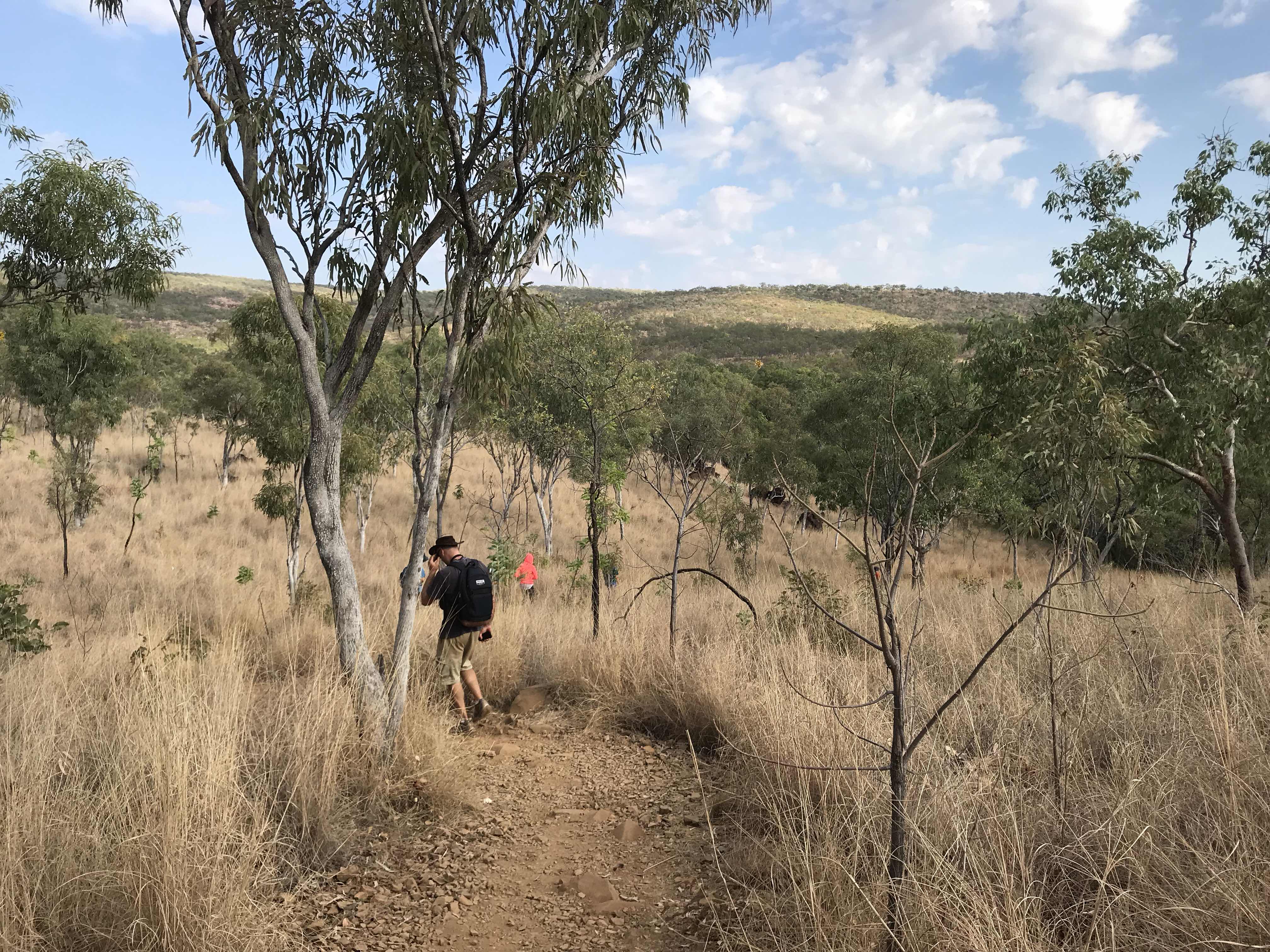 Well the walk was pretty easy, you arrive at the start of the gorge at the top of the largest falls. The views are stunning. 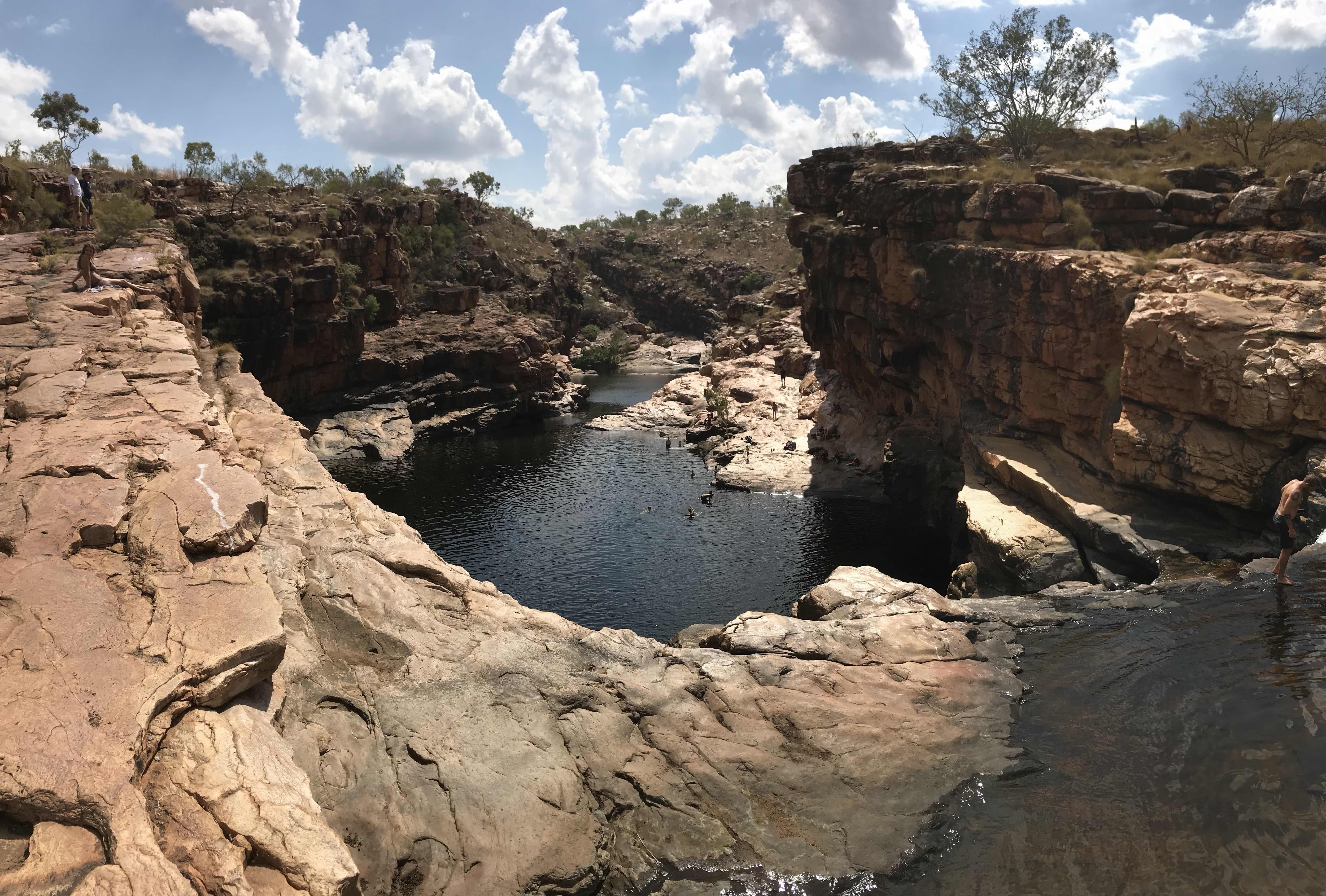 Walking a bit further to reach to bottom pool the view of the falls was gorgeous.  With plenty of swimming participants we explored the lower pools as well before popping back up the top for a bite to eat. 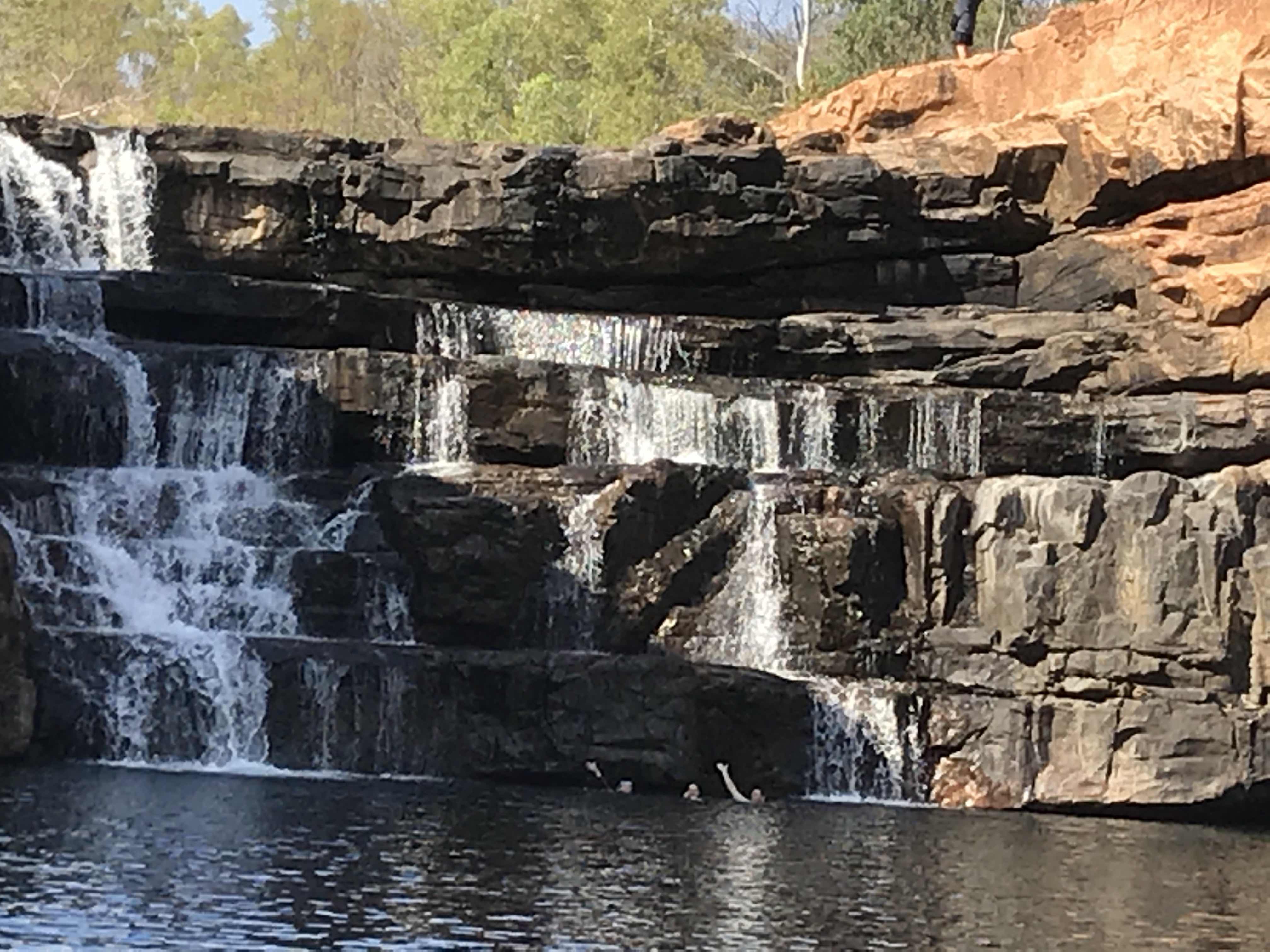 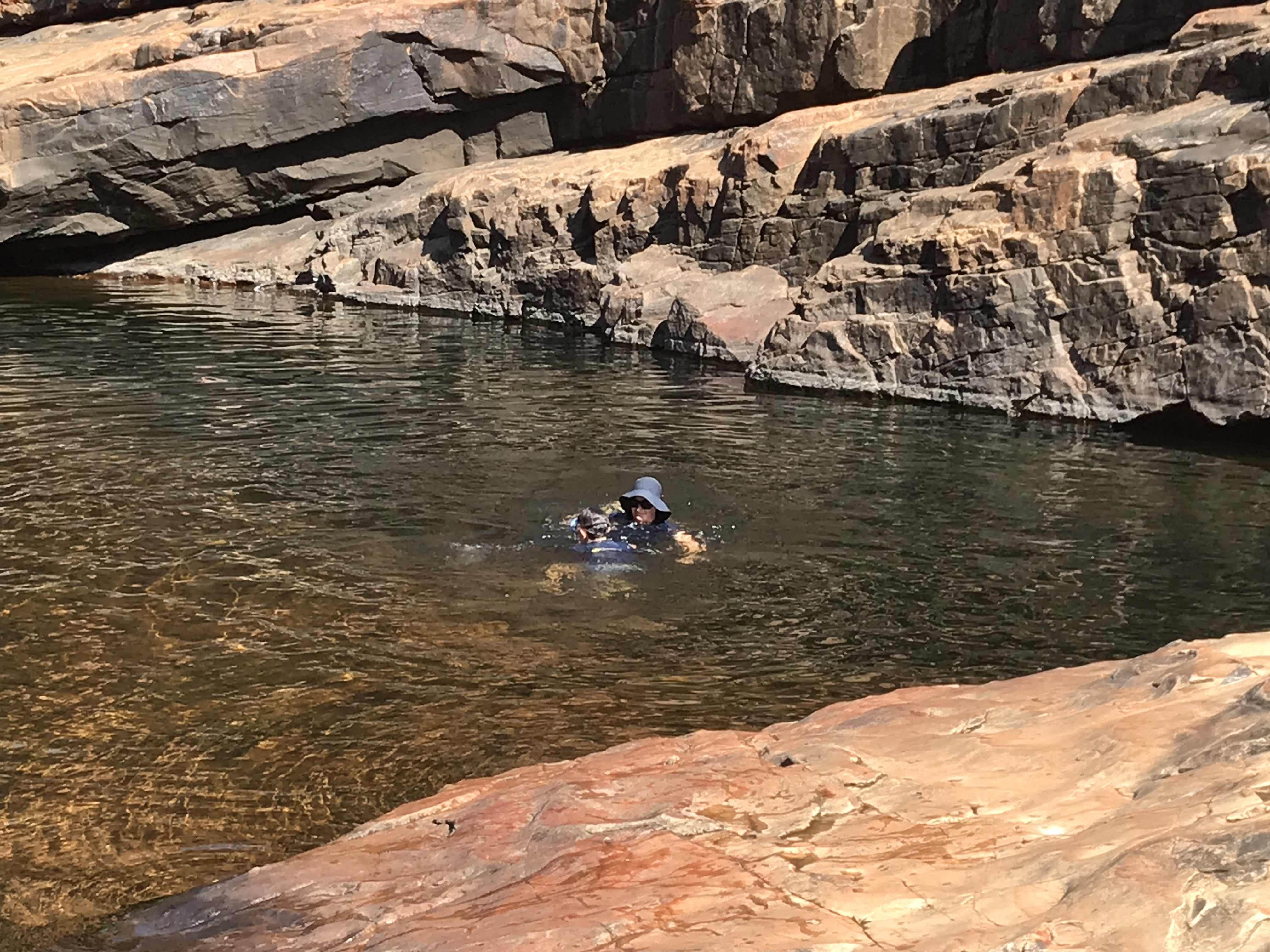 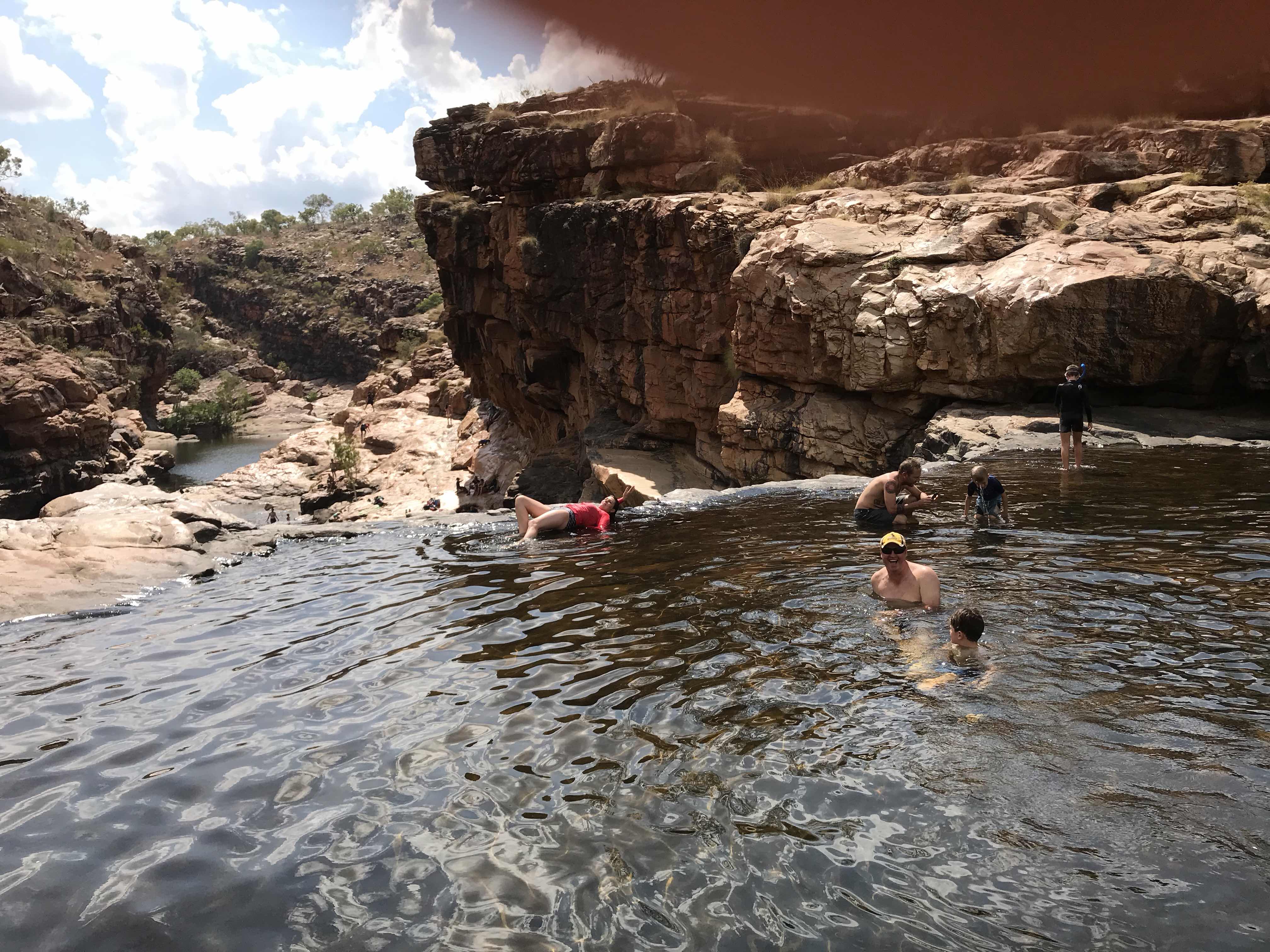 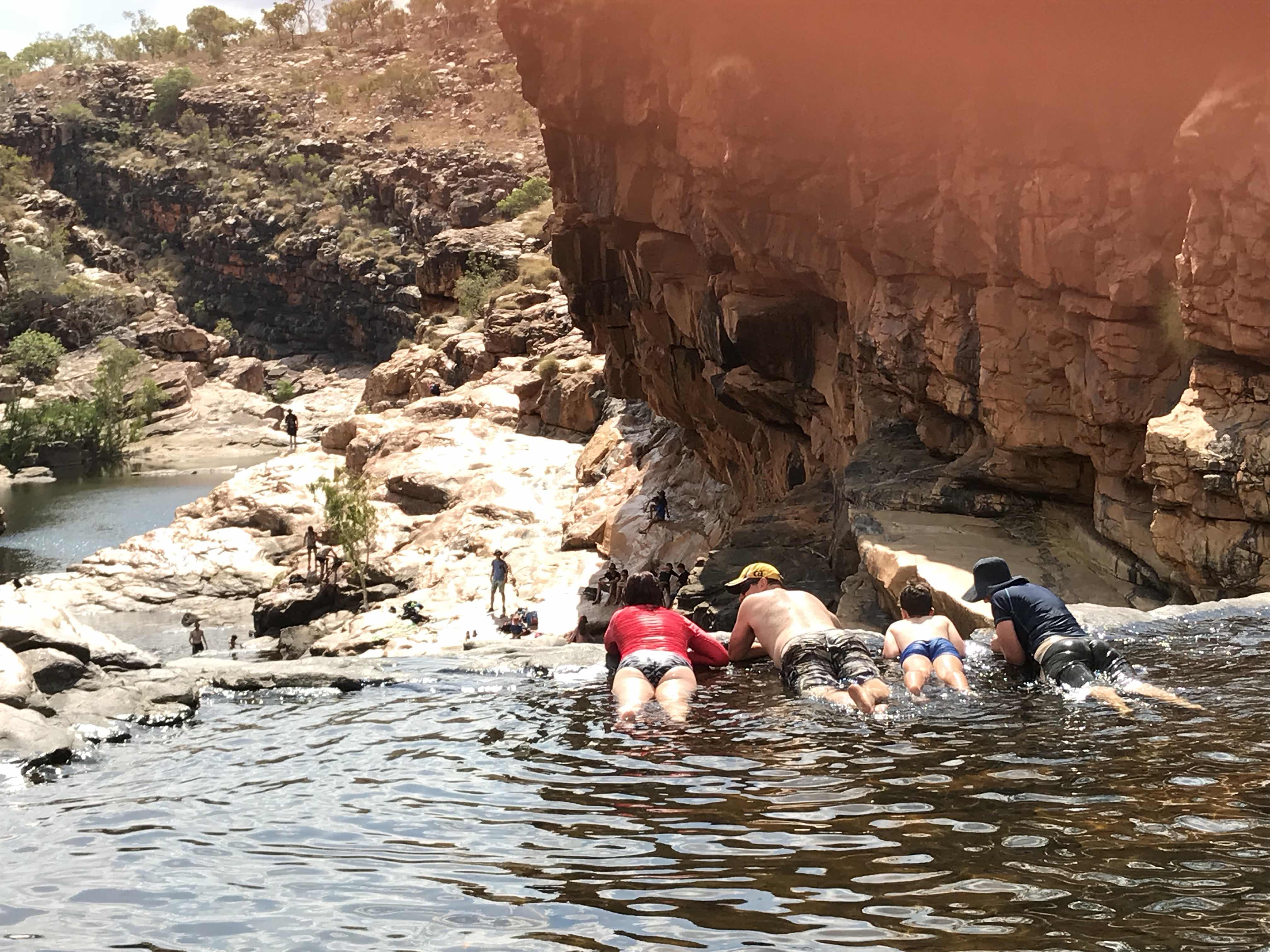 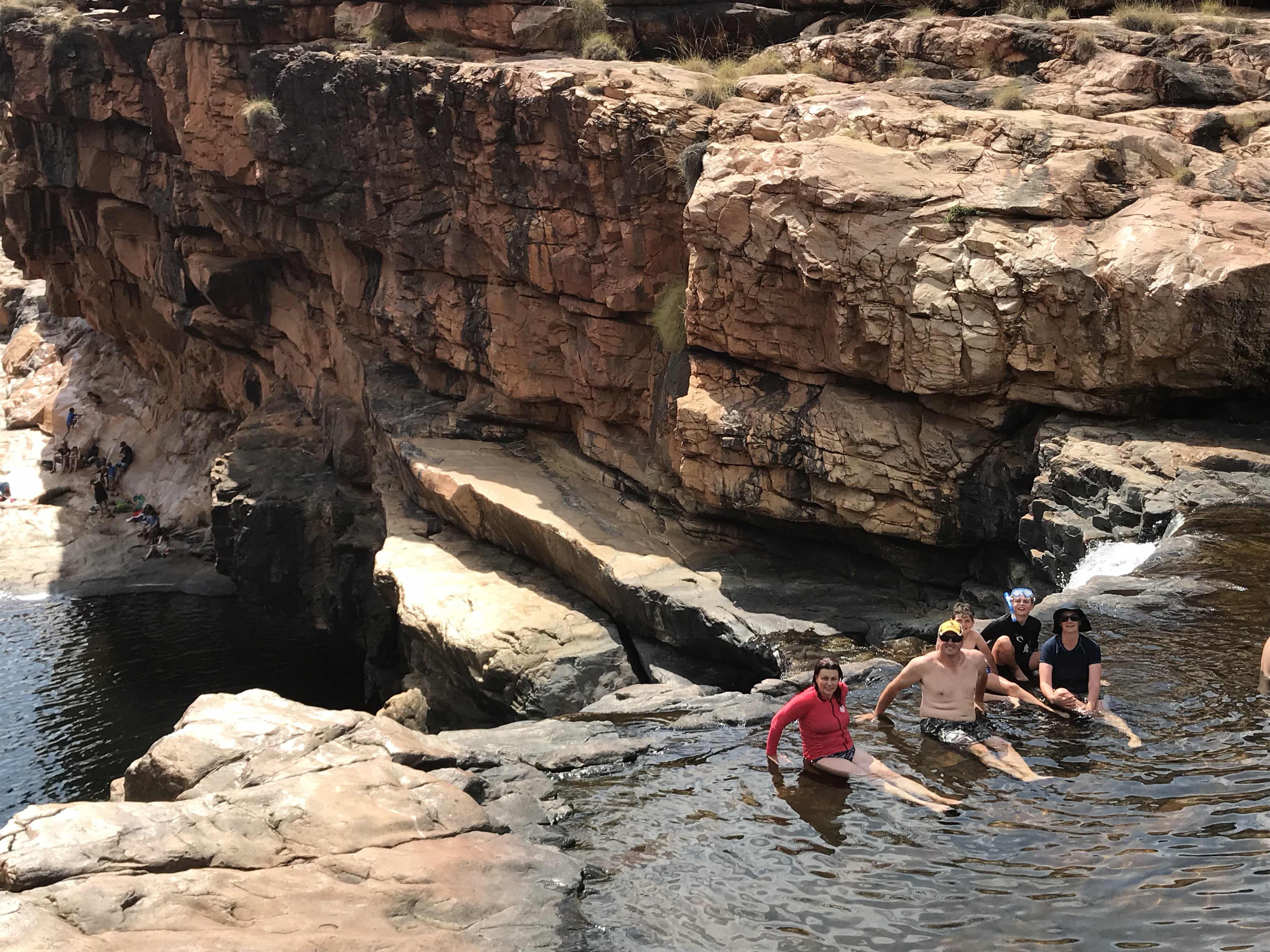 We got back to camp just after 1pm.  It felt a lot later!  In fact it seems that the days are really long with lazy afternoons chilling away lazy in chairs, chatting with the kids switching between colouring in, homework and mucking about the camp.

Some tom foolery at the dinner table. 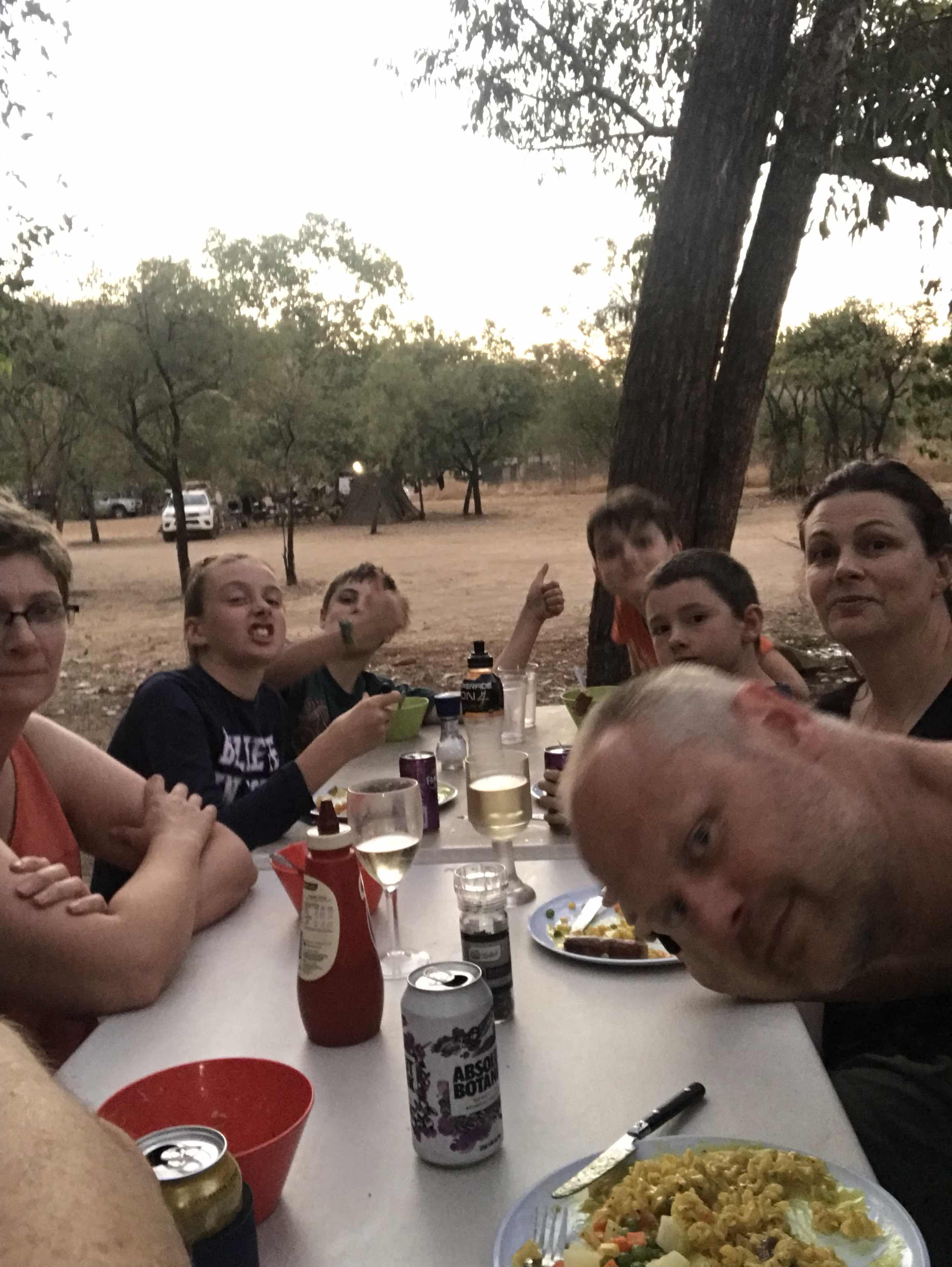 Posted by Ross Adventures at 20:27